Ron Black Resigns from NMJC Board

Ron Black Resigns from NMJC Board 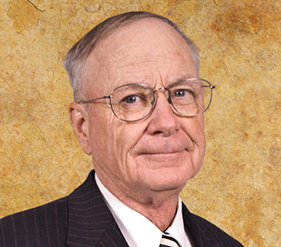 In mid November, New Mexico Junior College board member Ron Black got married and started a new chapter in his life.

He and his new bride, Joann, made the decision before their marriage that they would live together in her home, which was being remodeled.

But what Black, 78, didn’t know until it was too late, was that his new home moved him outside of the NMJC district he represented as a board member. Black, whose term is set to expire in 2023, currently lives in District 4 — mostly made up of southwestern Hobbs, but is moving to District 3 — mostly north of Hobbs including the Humble City area, which is represented by Manny Gomez.

That means tomorrow will be Ron Black’s last day as an official member of the college after announcing his resignation during the December board meeting.

“It was a surprise to me,” Black said upon learning he was moving out of his district. “I honestly wasn’t thinking about that at the time we made the decision for me to move out of my home.”

It’s not the first time this has happened to the NMJC board. Former NMJC chairman Guy Kesner stepped down from his position in 2014 when he discovered the new home he moved into was outside of the NMJC district he represented.

“I found out about this before I moved, but I am going to be moving Thursday which is when my resignation will be effective,” Black said.

Black moved to Hobbs in 1966 and was one of the inaugural staff of NMJC. He taught there for 33 years, serving 22 of those years as head men’s basketball coach. When he retired in 1999, he still stayed on as a fill-in professor until he was elected to the NMJC board in 2005. So, Thursday will mark the first time in 54 years that Black will no longer be officially affiliated with NMJC.

NMJC President Kelvin Sharp said he will miss the constant advice he got from Black since before he officially took over as president in 2016.

“He has over 50 years with NMJC either as a faculty member or a board member,” Sharp said of Black. “To me that historical perspective, so that you understand the footing of the college, that history that he maintains, is very valuable and was very valuable during my transition. He’s a past faculty member so he is an advocate for the faculty and the students. He’s a past coach so he understand the school’s athletics and the conference. So there is so much information there, so it is going to be real hard to replace Ron Black.”

Sharp said several of the NMJC board members hoped they wouldn’t have to. When Black informally told the board members what was happening, Sharp said they were hoping Black would change his mind. During the December NMJC board meeting, Black officially offered his resignation letter effective Dec. 31.

Black is also resigning from the New Horizons Foundation, the non-profit associated with NMJC and Lea County with the purpose of bringing new technologies and business partners to Lea County and the Permian Basin. Black served as the NMJC representative on the organization’s board. He has been associated with the non-profit organization since its inception, having also served as past chairman.

With Black leaving, it will be up to the NMJC board to find a replacement.

“There are several options and I think they’ll want to try to find someone who fits the district and is electable when the next election comes up,” Sharp said. “I am not sure what they are going to do. I’m sure Chairwoman (Pat) Chappelle will talk with the board members and get an idea of the direction they want to go to finding a replacement.”

Black said he “bleeds red and gold” (NMJC’s school colors) and plans to still be at any NMJC event. He remembers when he first started at the school that the administrators expected 300 students, 600 enrolled.

“Now we are well over 2,000 students,” Black said. “It’s been a real pleasure for me to be on the board after earning a living out there for so long, and to see the progress that has been made. The physical facilities that we have, have expanded. It’s been great to see the college grow and to see some of the new programs that we have developed, including the new nursing program, which is phenomenal.”

And now, for the first time, in a long time, Ron Black doesn’t really have any obligations.

“With the exception of my church,” Black said. “Other than that I can take off and go when I feel like it.”

Todd Bailey can be reached at editor@  hobbsnews.com .