By Marquis Who's Who 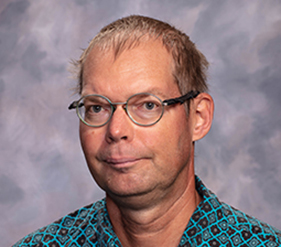 Marquis Who's Who, the world's premier publisher of biographical profiles, is proud to present Joel Keranen with the Albert Nelson Marquis Lifetime Achievement Award. An accomplished listee, Mr. Keranen celebrates many years' experience in his professional network, and has been noted for achievements, leadership qualities, and the credentials and successes he has accrued in his field. As in all Marquis Who's Who biographical volumes, individuals profiled are selected on the basis of current reference value. Factors such as position, noteworthy accomplishments, visibility, and prominence in a field are all taken into account during the selection process.

From 1992 to 1993, Mr. Keranen began his career as a graduate research assistant in metallurgy at Michigan Technological University. He remained active as a mathematics graduate teaching assistant through 1995, at which point he accepted the position of a teaching assistant in the physics department at the University of Illinois. Mr. Keranen subsequently taught mathematics and physics at Oklahoma State University during the 1996 to 1997 academic year, as well as at Arizona State University from 1998 to 1999.

Mr. Keranen further flourished as physics instructor at Bay College from 1999 to 2000 and Arizona State University from 2000 to 2001. In 2000, he was appointed as the NCPACE professor of mathematics at Central Texas College, and he found success with the school, teaching summer sessions until 2019. Since 2001, he has excelled as a professor of physics, mathematics and engineering at New Mexico Junior College. Recruited to the adjunct faculty at New Mexico State University in 2018, his research is primarily centered around superconductors and zonotopes. He made a textbook, Physics for Automotive Technicians, at NMJC. Mr. Keranen is a member of the Sigma Pi Sigma Physics Honor Society.