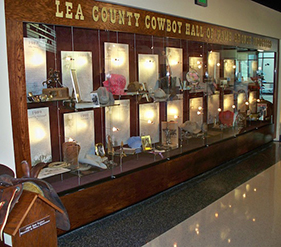 “The Board of Directors for the Hall of Fame are pleased to announce that Albert “Suckerod” Ozborn and J.E. Teague are this year’s inductees into the Lea County Cowboy Hall of Fame,” said Erin Anderson, Interim Executive Director of the Museum and Hall of Fame. “Both of our inductees are incredibly worthy of this honor, and we are pleased to add them to the Cowboy Hall of Fame.” In addition, the Hall will honor Mike Wilson as the working cowboy of the year, Garth Coombes as the outstanding rancher of the year, Dr. Darrell Beauchamp as the Silver Concho recipient, and several scholarship recipients.

Albert Ozborn was born on March 4, 1935.  He left home at 15 to work on the historic Matador Ranch near Lubbock, TX; then moved to the historic Pitchfork Ranch, also near Lubbock, as straw boss at age 17.  In 1964, he moved to Lea County, where he began working for the Charlie Martin Ranch, founded by W. S. “Colonel” Williams, becoming its foreman, a position he held for 53 years.  In 2000, Albert purchased and operated the Breaks Ranch on the edge of the Caprock.  While ranching, Albert earned the nickname “Suckerod” due to his thin physique. 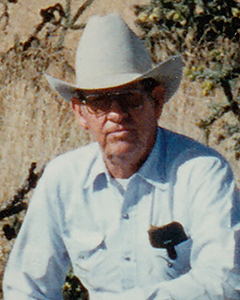 Albert considered working cattle to be both his job and his hobby.  He is recorded as saying, “Some people like to go fishing; I like to work cattle. There ain’t nothing more pleasant than to go down and saddle a horse and work cattle.”  Albert also built bits, spurs, belts, chaps, bull whips, bull ropes, and trailers. He also made boots for his family.

Albert was a successful team roper, known for being left handed and using a short rope.  He was on the cover of the Quarter Horse Journal in 1958, and in the Saturday Evening Post in 1959 where he was featured roping cattle on the Pitchfork Ranch.

Albert believed there was no better life, than living and working on a ranch.  He was honored as Working Cowboy by the Lea County Cowboy Hall of Fame in 2004.  Albert passed away on January 3, 2017.  His wife, Marion, and son, Jim, are also deceased, but he is survived by son, Phillip and wife Troy Lee; grandchildren, Zach, Makayla, Chad, and Crystal; and great-grandson, Zane.

Born to Hattie and “Cowboy” Teague, J.E. Teague’s family has an established history in Lea County.  His grandparents homesteaded 160 acres at the corner of Stiles and Knowles Rd, northwest of Knowles, NM, and he lived on the southwest corner of the original land until his death. 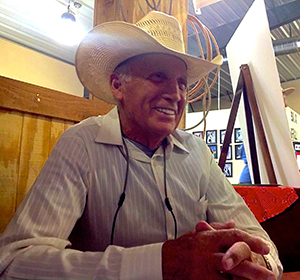 “Cowboy” was a roper, but J.E. didn’t start roping until he was out of high school.  J.E. went to South Plains College on a rodeo scholarship, and rodeoed as much as possible to keep up with the very competitive rodeo scene in southeastern New Mexico.  J.E. was the leader in points for Rodeo Cowboy Association Rookie of the Year when he was drafted into the U.S. Army.  He couldn’t rodeo while stationed in Georgia, but could when he transferred to Washington state, if he could find somewhere to board his horse, “Ole Woody”.  Finding an empty barn with stalls and a big yard, he took a chance and asked the Crate family about boarding his horse. They welcomed J.E. with open arms. becoming his home away from home.  By the time J.E. got back into roping, he had lost his standing for Rookie of the Year.

J.E. left roping for a few years and started cutting.  He did well as a weekender in the non-pro class in New Mexico and Texas, and went to the NCHA finals in Fort Worth, TX several times.  Roping associations began to form, creating numbered classification systems, and J.E. was again able to successfully compete on the weekends.  J.E. continued to compete right up until the weekend before he passed away at age 81.  He was #13 in the Ultimate Calf Roping Series.  He once said “I rope against other old guys AND against their grandsons and granddaughters.”

J.E. was a proud member of the Board of Directors for the Lea County Cowboy Hall of Fame and the New Mexico Junior College Athletic Booster Club.  He was often found at the NMJC rodeo practice arena where he would work with college students on honing their skills as ropers.

In addition to honoring the inductees into the Hall of Fame, the organization has selected Dr. Darrell Beauchamp, former Executive Director of the Lea County Cowboy Hall of Fame, as this year’s recipient of the Silver Concho Award. 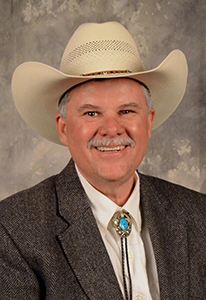 Darrell grew up in central Texas, with five brothers. Upon graduation from high school, he attended Temple Junior College and East Texas State University where he met his future wife, Jan.   He holds Bachelor’s and Master’s degrees from East Texas State University, and an earned doctorate from Texas A&M University - Commerce.  During his career he has served as a photo-journalist, a graphic designer, a university professor (University of Central Arkansas), a librarian (Navarro College) and a museum director.

When Dr. Beauchamp arrived at the Western Heritage Museum and Lea County Cowboy Hall of Fame, he fostered a tight relationship between the Museum and the Hall of Fame, allowing both entities to work toward a common goal.  He switched the roles of the South and North Gallery providing extra space needed to bring in quality exhibits, including: “Titanic: The Artifact Exhibition,” “Bigger than T-Rex,” “Bugs Outside the Box,” and “Selected Works of Andy Warhol.”  He increased visitor attendance through creating a Staked Plains Roundup event for the public, bringing in Bonnie Moran’s North Pole Village at Christmas, and much more.  His tenure saw many improvements to the building and grounds, and unprecedented growth to the Museum and Hall of Fame.

In his spare time, Darrell is an avid fly fisherman, camper, and photography enthusiast.  He is an Eagle Scout, and was a Boy Scout leader and Scoutmaster for fifteen years.  He and his wife, Jan, are the parents of three grown children, Cody, Casey, and Emily, all of whom live in Central Texas. 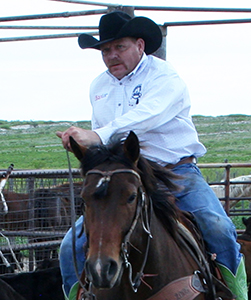 Born in 1969 to Larry and Margie Wilson, Mike grew up in Roswell, New Mexico. He started his first paying job at 10 years old working alongside his dad at the local sale barn. At 16 he went to work for LC “Buck” Pounds riding and training horses. After attending Goddard High School, Mike was employed by The Broken Heart Ranch in Wilcox, Arizona as a horse trainer. He has been blessed to work for some good outfits with great horses including Indian Bluff Ranch and Scharbauer Cattle Company.

In 1990 he married his wife Stacie, and the next year they planted roots at the headquarters of the Turkey Track Ranch owned by Bogle Ltd. Mike has worked for Bogle Ltd for 28 years. He was first hired as a colt starter and ranch hand, and spent many years showing and promoting Bogle’s remuda. After 13 years at the Turkey Track Ranch, Mike, Stacie, and their two children Garret and Colette moved to Lea County, where he has been the foreman at Bogle’s historic 4-Lakes Ranch for the past 15 years. The 4-Lakes ranch is home to Bogle’s mare herd, and runs approximately 450 mother cows and 1000-1500 yearlings (depending on the rain).

The 2019 recipient of the Lea County Cowboy Hall of Fame Outstanding Rancher Award is Garth Coombes. 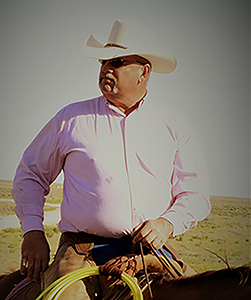 Garth Coombes was born in Lovington, New Mexico on May 6, 1966 to Malcolm and Harriet Coombes.  They lived northwest of town near the Anderson Ranch.  When Garth was a year old, his family moved to Elida, New Mexico, where Malcolm worked in the oilfield on the Bob Crosby Ranch south of Kenna.  Garth's parents had several ranches leased from south of Kenna to Milensand.

Garth grew up working with his Daddy, helping friends and neighbors.  He had the pleasure of being exposed to many great and talented ranchers, cattlemen, and cowboys.  These people were his role models, mentors, and heroes.  Garth and his dad started a trucking company in 1980.  Garth worked, drove trucks and went to school in Elida until he finally graduated in 1984.  In 1988 he moved to Hobbs where he would have more opportunities.  He bought his first ranch in 2008 at Crossroads, NM, which included the Tips Barnes place, the Duncan Gaynor place, and the Lovejoy place. In 2015 he also purchased the Underwood place.  Garth is living his dream of ranching, hauling cattle, helping his neighbors, and enjoying his family.

Banquet to be held November 2

The Lea County Cowboy Hall of Fame 42nd Annual Llano Estacado Banquet awards ceremony will be Saturday, November 2, at the Lea County Event Center.  Cocktail hour begins at 5pm, with dinner and awards at 6pm.  “This year we are also having a silent auction to raise funds for the organization,” says Anderson.  “Tim Cummings will be joining us as entertainment.  It’s sure to be a good night.”  For tickets or additional information, call the Western Heritage Museum and Lea County Cowboy Hall of Fame at 575-492-2678.

For more information about this or any of Museum’s exhibits and events, contact Erin Anderson at 575-492-2681 or email eanderson@nmjc.edu. The Western Heritage Museum and Lea County Cowboy Hall of Fame is located on the campus of New Mexico Junior College, 5317 North Lovington Highway, in Hobbs, New Mexico. The museum’s website is www.nmjc.edu/museum