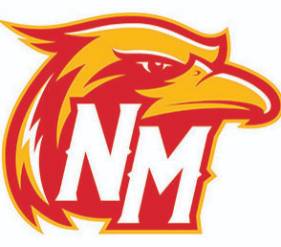 New Mexico Junior College officials have done some serious additions and updates to the campus in the past couple of years.

The new United Health nursing school was built as is renovations to Pannell Library and the upcoming renovation of McLean Hall, which could cost around $7.5 million.

From the athletics side, the Ross Black track and field complex underwent a major update project just in time for the school to host the NJCAA National Track and Field meet this past June. The school’s current basketball arena, Caster Activity Center, is set to begin a major remodel and update.

So it makes sense that the NMJC board unanimously voted in December to keep up with the update projects by unanimously approving a $1.1 million driving range building for the NMJC golf team. 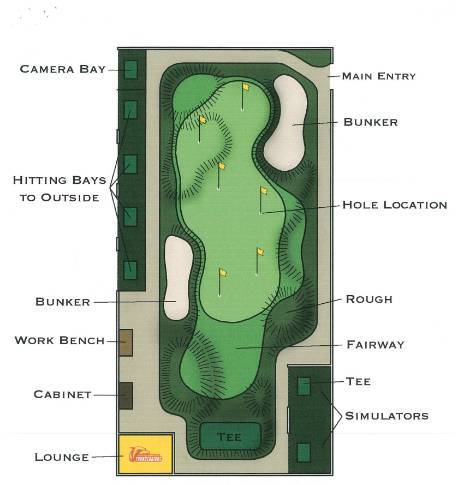 The 80-foot by 160-foot building, with 20-foot side walls, will be construction just west of the Ray Birmingham Baseball Field and incorporate a portion of the current driving range.

“This will allow the golf team to practice indoors and away from the wintery elements,” NMJC President Kelvin Sharp said following the December board meeting. “The building will have a putting green, bunkers and sand traps.”

The building will also have a golf simulator, simulated rough and fairways. Four hitting bays will open to the current driving range and technical analysis equipment will be added.

“There are just certain times in the Spring when it is cold and windy,” Sharp said. “We have the luxury of going to Rockwind golf course, but everything is outside.”

Sharp also said he was told from NMJC golf coach James Berry that some of his recruits have access to these types of facilities.

“So the expectation is when they come here that we are going to have similar facilities available,” Sharp said. “We are just trying to get up in the game and give Coach Berry a better chance at recruiting and increase the size of our team or establish a women’s team.

“This will also allow our local high school teams the opportunity to come and use the facility as well when needed.”

As for public use, Sharp said that would be offered through classes taught by Berry.

Also included in the cost is heating and cooling, lighting, security cameras and utilities connections.

NMJC Vice President of Finance Dan Hardin said groundbreaking could start around March and construction could be complete by the start of the 2020-21 school year. No contractor has been chosen as Hardin and other school officials are continuing through the request for proposal process. Hardin said in his presentation letter to the board that during the January 2020 meeting the board is scheduled to have the opportunity to chose a contractor.

“It’s around a five-month build,” Hardin said. “We hope to have it all in place and ready to go by the start of school next year.”

During his presentation to the board, Sharp displayed a priorities list for state legislators to consider during the upcoming 30-day Legislative session in Santa Fe. The list was comprises through input from representatives from all of New Mexico’s secondary education institutions. The priorities include an 8% increase in new money for the funding formula; a 5% increase for faculty and staff salaries, a change in calculating compensation increases and additional funding for dual credit programming.

Along with the list is a priority specific to Sharp and NMJC, a state-wide non-credit workforce funding of $2 million.

“If we can get some more support for what we do it would be great,” Sharp said of the needed workforce funding. “That is for a group of students who don’t qualify for financial aid, they are usually returning students or have a family and are attending night classes. I feel like the state ignores those types of students. Really, they are ones that once they receive their education, they can be out in the workplace making $20 an hour with three to four months of training. In New Mexico, I feel we don’t give them the kind of consideration they deserve.”