Greatest Photographs of the American West 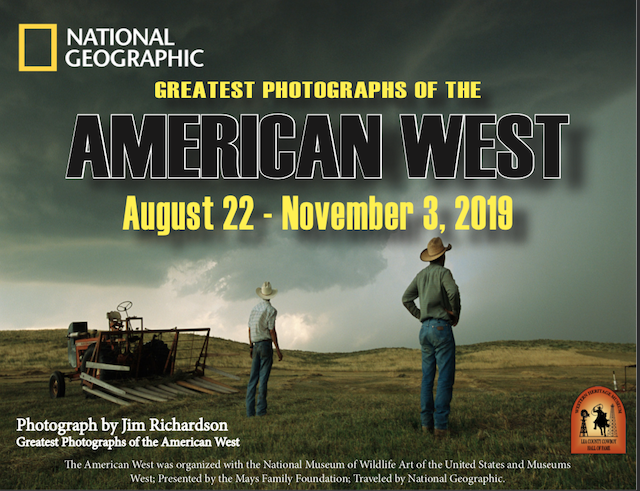 While no single institution can assume credit for the diverse and complex associations that attach to the simple phrase the "American West," throughout its almost 130-year history, National Geographic has published photographs that support and defy romantic notions of the land and its peoples. National Geographic consistently reminds people of the importance of the region to human imagination.

Wide open spaces, spectacular rock formations, and the cowboy life are examined alongside struggles for limited natural resources, Native American cultural continuity, and new energy sources. The images shown in this exhibition, a small sample from the significant holdings of the National Geographic archive, offer a broad understanding of a region that has long captivated photographers.

The American West was organized with the National Museum of Wildlife Art of the United States and Museums West; Presented by the Mays Family Foundation; Traveled by National Geographic.