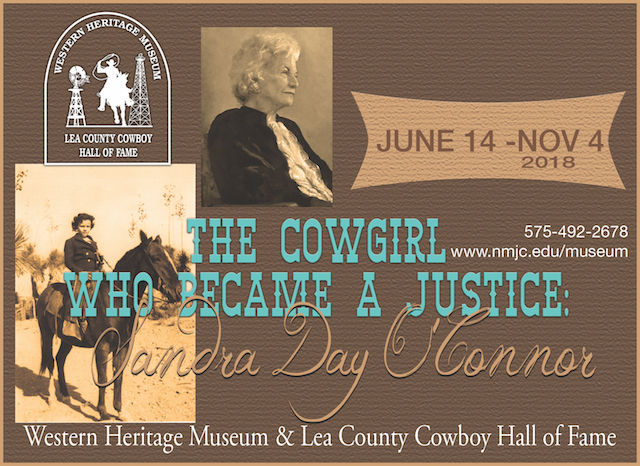 Prior to Sandra Day O'Connor, no other female in the United States had been given as heavy and as public a yoke to carry in representing women, the West and in turn the best interests of the nation. President Ronald Reagan appointed Justice Sandra Day O'Connor to the United States Supreme Court in 1981; she was the first woman to serve on the Supreme Court since its inception in the late 1700s.

The exhibition features family and public-life photos, ranch artifacts on loan from the Day family, and selected editorial cartoons. Arid desert scenes are juxtaposed with the confirmation hearings and the publicity that surrounded the future Justice.

The Cowgirl Who Became a Justice: Sandra Day O'Connor was organized by the National Cowgirl Museum and Hall of Fame.