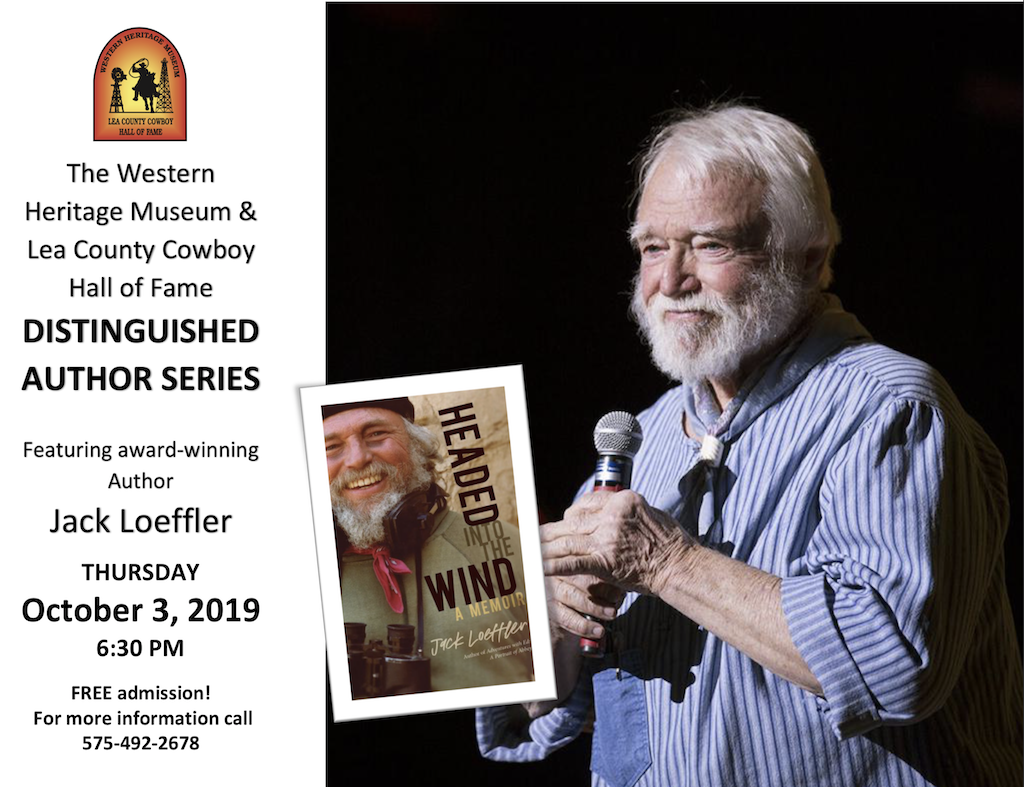 Award-winning author Jack Loeffler will be speaking to our guests and signing copies of his book.

Join us for the free event.

Jack Loeffler lives and loves what he does.  As an "a-u-r-a-l historian" he devotes his life to working with indigenous cultures and recording their relationship to the land. He  believes that the knowledge and wisdom of people who live on the land close to the earth--such as the Hopis, Navajos, Pueblo Indians as well as tribes from Mexico--can help our species survive. Jack records the nature sounds, the music, the stories of these groups to develop an environmental consciousness for the world.  As his Navajo friend Shonto Begay wrote, "by documenting the voices and stories of the land Jack, moves us and helps us to rediscover our own voices"

From his rich recordings, Jack creates sound collages for CDs and radio programs we hear on National Public Radio, such as the Turquoise Trail, the Lore of the Land, and a special production on Aldo Leopold.   Jack has also recorded the largest collection of New Mexican Hispanic folklore and folk music. La Musica de los Viejitos is one  collection of this music. His recordings are housed in the Smithsonian and will be available at the New Mexico History Museum as well.  Jack has also published five critically acclaimed books.

In 2008 Jack received the Governor’s Award for Excellence for his writing and his ethnomusicology work. This year he received the Edgar Lee Hewett Award for Outstanding Public Service from the New Mexico Historical Society.

Jack ‘s daughter Celestia writes about her Dad and "best pal."  "He makes friends everywhere he goes, because he cares.  He empathizes and connects with every living being he encounters.  From the child sitting across from him at a restaurant to the Navajo elder, and the great horned owl to the spiny cholla cactus, he cares about it all."  A good friend wrote about Jack: he lives every day "in the moment, while creating a legacy for posterity that will have resonance in Santa Fe and far